Here's the quick and easy tip of the day: How to add your Vista computer to a workgroup. Quick & Easy: Add Vista to a workgroup from Robert Owen on Vimeo. If you found this tip helpful and would like more, please post your requests in the comments below. This was made using Jing. It's free!! Go get it! … END_OF_DOCUMENT_TOKEN_TO_BE_REPLACED

I was cleaning the kitchen... got cut by a piece of glass. So, I decided I should take a break from that and went outside to take a few pictures while the bleeding stopped...  Of course then I went back inside, started cleaning again... got cut again... Took a few more pics. Cleaning shouldn't be painful! At any rate here's a couple of shots that I thought turned out pretty well. Here are a couple of shots of the Dogwood blooms in my yard: Here are some shots of a Dandelion trying … END_OF_DOCUMENT_TOKEN_TO_BE_REPLACED

This week's Friday Funny was once again something I got in my e-mail... My friends have lots of time on their hands. Keep em coming Guys! Any way, this one appears to have come originally from a post on Craigs List. I don't have the original link so, sorry if this is yours. I'd give you proper credit if I could. Posted to Craig's List Personals by TexasBred on Thu Jan 15, 2009 4:00 pm *To the Guy Who Mugged Me Downtown (Downtown, * Savannah ) I was the white guy with the black Burrberry … END_OF_DOCUMENT_TOKEN_TO_BE_REPLACED

I've been playing around with my site again. Trying to work out the beauty of my urls. I thought they looked pretty good... Well, similar to what I'm used to from BlogCFC anyway. The urls were like this: www.owenwebs.com/index.php/xxxx/xxx/xxx etc.. Which is not too bad... Better than the default: owenwebs.com/?p=13 or something silly like that. But, I've seen them better around the web. And made it a goal to get mine to work that way also. After a bunch of Google-ing I found several … END_OF_DOCUMENT_TOKEN_TO_BE_REPLACED 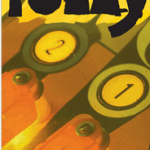 If you'll remember , I was contracted to play in "The Band" for the Clarence Brown production of TOMMY. I know, I know... you play Horn. "You're not a Rocker Robert! " Anyway, the production finished up it's first week and is about to start up its second. (Shows run Wednesday through Sunday for the next two weeks) And, it appears the show has gotten it's first review. This one comes from the Daily Beacon (The University of Tennessee's Paper) and it's not too bad. Here's a snip: ...Still, … END_OF_DOCUMENT_TOKEN_TO_BE_REPLACED

Just saw over at  Ars Technica that the Sweedish Distric Court trial about the Pirate bay has ended. And, it appears it has ended BADLY for the Pirate Bay. Here's a clip from their article: The Pirate Bay "spectrial" has ended in a guilty verdict, prison sentences for the defendants, and a shared 30 million kronor ($3.5 million) fine. According to the Swedish district court, the operators of the site were guilty of assisting copyright infringement, even though The Pirate Bay hosted none of the … END_OF_DOCUMENT_TOKEN_TO_BE_REPLACED 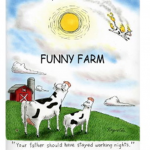 I was looking for something to post for today's Friday Funny and got some great suggestions from some of my Friends Mark and Nathan. So here we go: Nathan's (follow on twitter) contribution: Mark's (follow on twitter) Contribution(s): (click each  to Enlarge) Mark was a busy boy this morning.  Hope you all have a great Weekend!! … END_OF_DOCUMENT_TOKEN_TO_BE_REPLACED