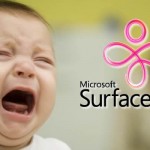 I've been looking at getting a Microsoft Surface  and was on the fence until they announced that there was a 128GB Pro version that was capable of running full desktop applications.  When I saw that, I had to have it! I've been waiting and watching for the release date of February 9th to come around.  This device in all it's glory would only be available from 3 locations;  The Microsoft store, Staples and, Best Buy.  None of these retailers offered the ability of pre-order so, I just had to … END_OF_DOCUMENT_TOKEN_TO_BE_REPLACED 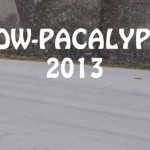 February 2, 2013 - Groundhog day  -  SNOWPACALYPSE in Fountain City! It was a normal Saturday morning... I was sitting on my couch working for "The Man" ( as I do constantly now) , when I noticed a post on Twitter from a person I know to live near me that just read: SSSSSSSSSSSNNNNNNNNNNNNOOOOOOOOOWWWWWWWWWW!!!!!!!!!!!!!!!! So, that prompted me to look out the window. And What did I see? I'll tell you what.... a regular Winter-freakin-wonderland.  Who knew it was supposed to snow?  Not me.  … END_OF_DOCUMENT_TOKEN_TO_BE_REPLACED