You are here: Home / Featured / Pre-Order your ZuneHD!

The other Day Gizmodo and others leaked information about the official release date and prices for the new Zune HD.  If you missed those posts here’s the “skinny”.

According to Microsoft the new Zune HD will officially be available starting September 15, 2009.  Originally we thought the release date was set for September 5, then later we heard it had changed to late October or early November of this year.   So, it’s good to have an Official Announcement on the date.

You can Pre-Order the new Zune by going to the Zune HD website and clicking the “Pre-order” link in the upper right hand corner. 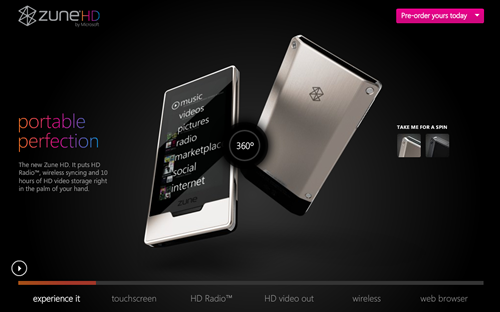 Here is a recap of some features found on the new Zune HD.