You are here: Home / Archives for Rebooted 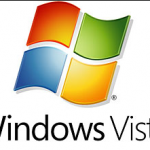 Windows Vista Service Pack 2 was made available today through Windows update. I saw that there were some concerns on the web on installing the update.People having "issues". There was one  report of a User having to do a system restore after the update completed because the machine became unbootable. But, I'm brave and need to test the update so, I plowed right along. It was a typical multi-stage update, similar to the Service Pack 1 Installation, but took a little longer. The primary … END_OF_DOCUMENT_TOKEN_TO_BE_REPLACED

I ran across an interesting error on a client's server this past week. Their nightly backup had begun crashing without any reported cause. The results of the last back-up simply said crashed. The logs did not show any clear reason why this would be happening. Other than they had several instances of "Bad media" reported in some of their last actual back-up attempts. Side note: Pay more attention to your back-ups people!! if you start seeing "Crashed" errors. Don't wait a month … END_OF_DOCUMENT_TOKEN_TO_BE_REPLACED