You are here: Home / Archives for symphony of the mountains 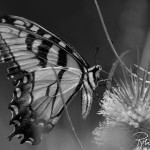 My last gig with the Symphony of The Mountains was a doosie!  We were quite busy!  Three outdoor Concerts, in three days, in three states!   Although it required quite a bit of driving, it was still pretty fun. The concert was long and  made more difficult by the fact that each outdoor venue was majorly different.  It was worth it none the less. I was able to get some work done for my day job. You remember, slaving away for the man?! But, I was also able to get some time to take a few … END_OF_DOCUMENT_TOKEN_TO_BE_REPLACED 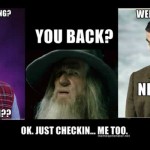 Hello? Is there anybody out there?  It sure has been a long time. Those could be song lyrics.  Those may be song lyrics.  Who knows? I don't.  It's been so long since I paid any attention to my own website, I'm surprised it's still here on the 'Interwebs"...  Ok, It has been a long time, for sure.  My last posts came right when I started a new job working for 'The man".  I left the free-for-all, stress-less life of a self employed Computer consultant to dive back into the 'stress-free' … END_OF_DOCUMENT_TOKEN_TO_BE_REPLACED

The Symphony of the Mountains is kicking off their 2010 - 2011 Season on August 28th, 2010 @ 8:00pm.  The concert will be held in the Toy F. Reid Employee Center - Eastman - Kingsport, TN. Dress up as your favorite movie character and win a great prize!  Here is the current press release for the opening concert... Symphony of the Mountains “A Night at the Movies” August 28, 2010, 8pm Toy F. Reid Employee Center, Eastman, Kingsport Hollywood is coming to Kingsport on Saturday … END_OF_DOCUMENT_TOKEN_TO_BE_REPLACED