You are here: Home / Support / MicroSoft / Vista SP2: At a windows update near you! 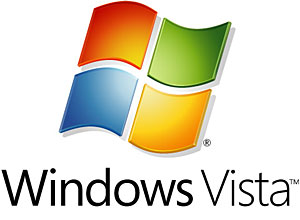 Windows Vista Service Pack 2 was made available today through Windows update. I saw that there were some concerns on the web on installing the update.People having “issues”. There was one  report of a User having to do a system restore after the update completed because the machine became unbootable. But, I’m brave and need to test the update so, I plowed right along.

It was a typical multi-stage update, similar to the Service Pack 1 Installation, but took a little longer. The primary download was about 300ish meg so, that took a bit of time. Then the OS portion of the update started. This phase was relatively quick, only taking about 8 or so minutes to complete. Then the OS starts the shut-down and 3 stage install. Stages 1 and 2 in prior to the reboot took about 30 minutes to complete. Once those were done the machine rebooted and finished stage 3 which only lasted a couple of minutes tops.

I read that people noticed an increase of Disc space after the Service Pack was installed. Don’t go getting your hopes up. Although you probably will see a space gain, it is only from the removal of all but the latest restore point. Remember, Vista saves musltiple “Previous Versions” and they tend to take up a bit of space.

What’s included in Vista Sp2? Well, here is the spiel from microsoft:

There are lots of other things in there as well… for a full account Check out the TechNet Release Notes.