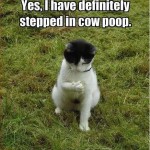 Happy Friday Everybody!!   Hope your week has been one that was completely adequate!  But, since this was the first week of school around these parts I'd venture a guess and say there was a tad bit of stress. Well, this week's Friday Funny comes to me via e-mail.  The sender sent along a load of pictures that he thought would make me laugh.  They did, so now I'm gonna share them with you to hopefully prepare for a relaxing weekend. Have a good weekend! (just click an image to enlarge) … END_OF_DOCUMENT_TOKEN_TO_BE_REPLACED

Hello all, My Friday Funnies posts have been floundering here of late but, today my Friend Christie over at MiscBytes.com sent me this little ditty and it is a HOOT!  So, thanks Christie!   You've given the Friday Funnies a much needed Jump start! Have a good Weekend everybody! Grandpa A woman in a super market is following a grandfather and his badly behaved 3 year-old grandson. It's obvious to her that he has his hands full with the child screaming for sweets in the sweet aisle, … END_OF_DOCUMENT_TOKEN_TO_BE_REPLACED

The Symphony of the Mountains is kicking off their 2010 - 2011 Season on August 28th, 2010 @ 8:00pm.  The concert will be held in the Toy F. Reid Employee Center - Eastman - Kingsport, TN. Dress up as your favorite movie character and win a great prize!  Here is the current press release for the opening concert... Symphony of the Mountains “A Night at the Movies” August 28, 2010, 8pm Toy F. Reid Employee Center, Eastman, Kingsport Hollywood is coming to Kingsport on Saturday … END_OF_DOCUMENT_TOKEN_TO_BE_REPLACED

Interesting Math adventure. Today, while having lunch with my parents at Litton's,  Barry Litton (the owner) posed a scenario that I had a hard time wrapping my head around.  It was this: Barry:  If a man came to your home and said, "I'd like to work in your yard everyday for the next 31 days.  All I ask for is you pay me 1 cent the first day then double it every day after for the next 31 days." How much do you think you would end up paying? Me:  No idea... I can't do that much math … END_OF_DOCUMENT_TOKEN_TO_BE_REPLACED 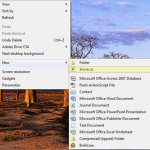 Here's a quick and simple "How To" for you.  I had this question posed by a client the other day and it made me think.    This Client is a fan of FireFox.  It is his default browser and tries his best to NEVER use Internet Explorer.  But, as is the case with most things, the more you try to keep from using something that's right when you find out you have to. This was the case here.  He had a vendor's website that would only work in IE AND he needed to use this website alot so, he had a … END_OF_DOCUMENT_TOKEN_TO_BE_REPLACED

Hey everybody, sorry for the lack of post over the past month or so... Things have been quite busy around here.  This is a Friday Funny... Although this is Saturday, I had good intentions...   I saw this video posted on Facebook the other day and couldn't resist a re-post over here.   So, all you Band people should get a big kick out of this! Pushing Band Candy … END_OF_DOCUMENT_TOKEN_TO_BE_REPLACED 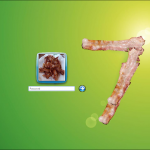 Windows 7 .... Bacon Edition! Coming to a Frying Pan near You!  You know you want it! :-) … END_OF_DOCUMENT_TOKEN_TO_BE_REPLACED